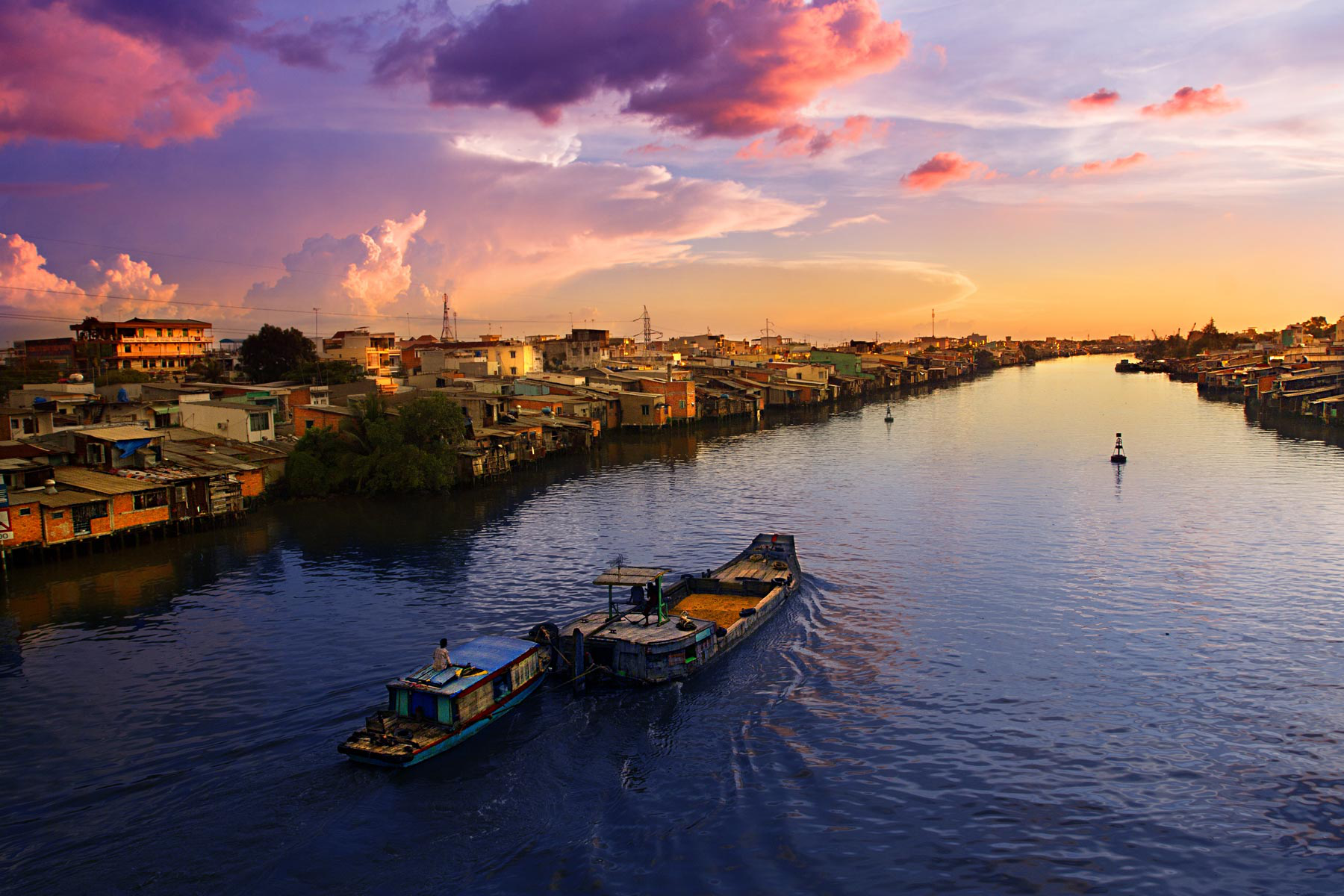 From the heights of the Tibetan Plateau, the mighty Mekong flows through seven culturally diverse countries, giving life and a home to some 60 million people. For this, it was once named “Mother of all rivers”. The Mekong is one of the most eco-diverse rivers of the world, with approximately 1,300 varieties of fish and numerous kinds of reptiles and birds After a journey of over 4,500 kilometers (3,000 miles), it reaches the South China Sea. Nine estuaries carry enormous amounts of silt to form one of the greatest (50,000 km2) ever-growing deltas in the world. Cuu Long (nine dragons) is the Vietnamese name for the nine main estuaries. The delta, which yields enough rice to feed the country with a sizable surplus, was formed by sediment deposited by the Mekong. The process continues today, with silt deposits extending the shoreline by as much as 80m per year. Lush with rice paddies and fish farms, the Mekong Delta plain also nourishes the cultivation of sugarcane, fruit, coconut, and prawns. Although the area is primarily rural, it is one of the most densely populated regions in Vietnam and nearly every hectare is intensively farmed. The uniquely southern charm with its welcoming introduction to life along the river is the real draw. Visitors can explore quaint riverside towns, sample fruits bartered in the colorful floating markets or dine on home-cooked delicacies, before overnighting as a homestay guest. Other highlights include visits to local orchards, flower markets, and fish farms. There are also bird sanctuaries, rustic beach getaways like Hon Chong and impressive Khmer pagodas in the regions around Soc Trang and Tra Vinh.