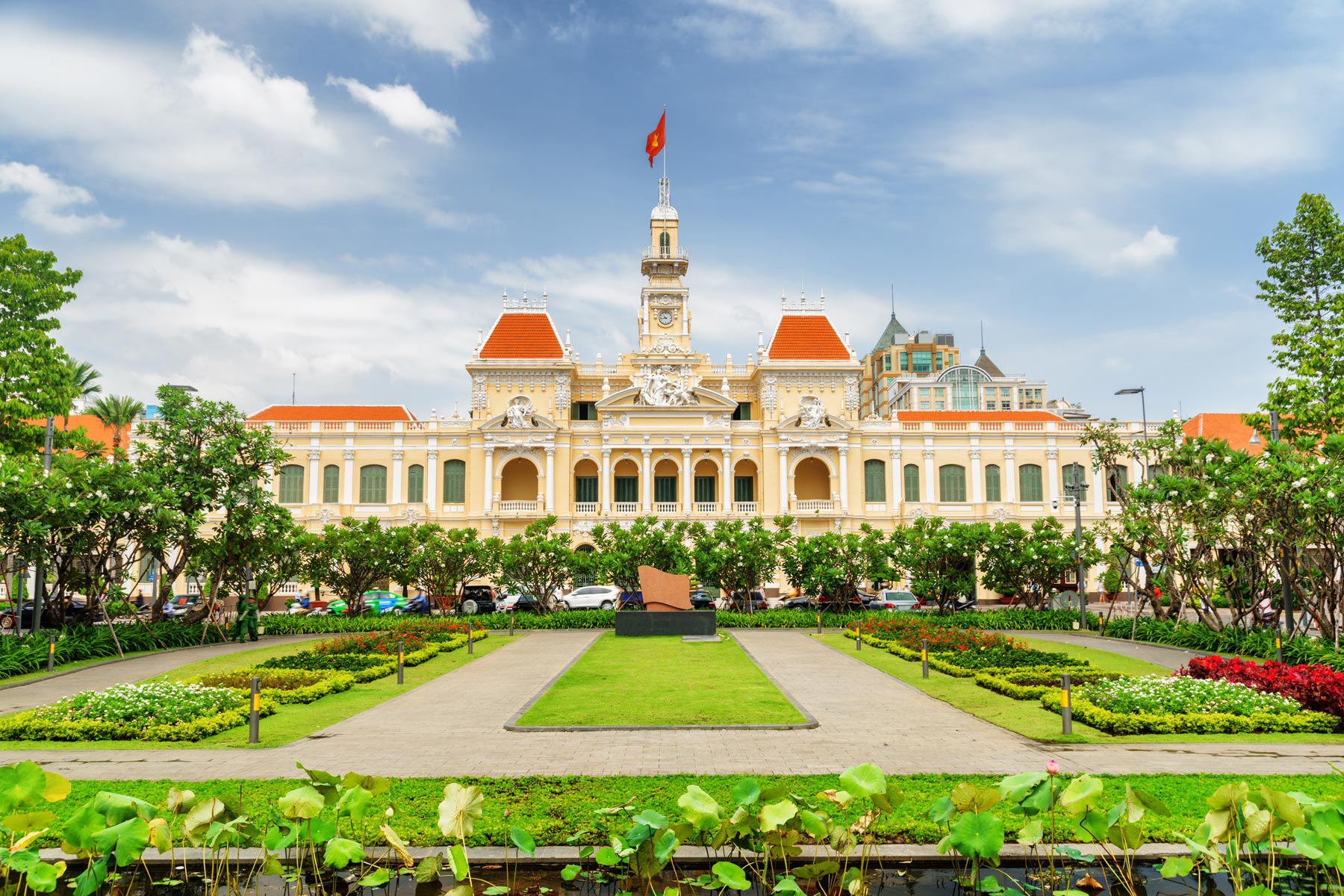 Formally known as Saigon, Ho Chi Minh City resounds with the motorcycle noise & ‘chaotic calm’ of Vietnam’s most populous city. Renamed Ho Chi Minh City, after the historic Viet Cong victory, this metropolis beckons exploration. Colorful markets appear around every corner and motorbikes swarm the streets. Juggling its war-torn past with its forward-thinking economic future, Saigon boasts charm, intrigue and a youthful spirit that will delight you at every turn.

The city is traversed by many rivers, arroyos and canals; the biggest river being the Saigon River. The Port of Saigon, established in 1862, is accessible to ships weighing up to 30,000 tons, a rare advantage for an inland river port.

The climate is generally hot and humid. There are two distinctive seasons: the rainy season, from May to November, and the dry season, from December to April. The annual average temperature is 27oC. The hottest month is April and the lowest is December. It is warm to hot year-round.