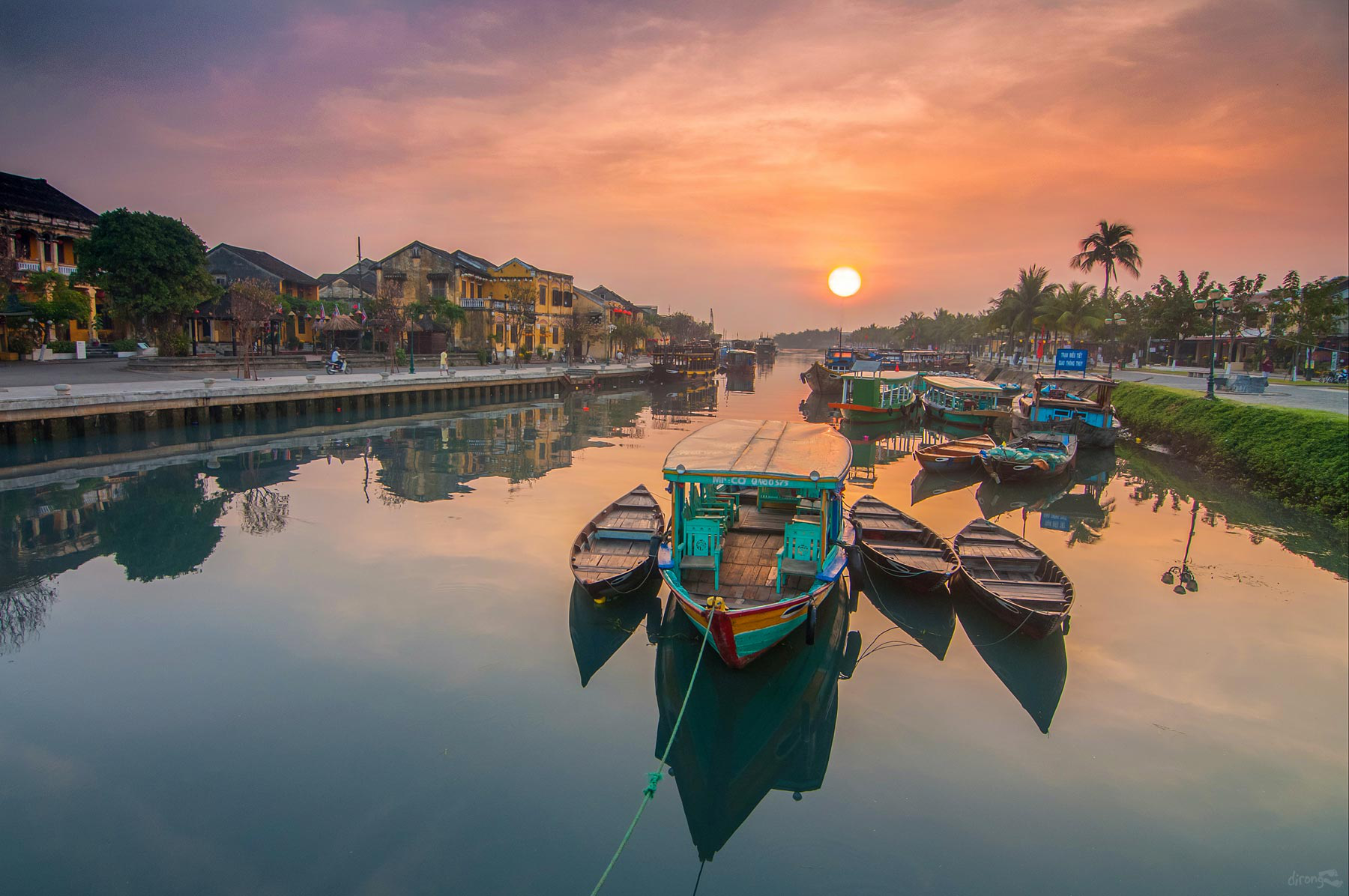 Hoi An is an old town on the banks of the Thu Bon River, on the coastal plain of Quang Nam Province. Around 30 km south of Danang City, Hoi An used to be known as Lam Ap, Faifo and Hoai Pho.

What is so special about Hoi An is its state of preservation. It offers some of the most densely concentrated sights in Vietnam with ancient streets, classic architecture, imposing assembly halls, pagodas, temples, ancient wells and ancestral tombs. In total, more than a thousand places of interest for the discerning traveler. The architecture of Hoi An is characterized by a harmonious blend of Vietnamese, Chinese and Japanese influences. After many centuries, Hoi An is still respectful of its traditions, folk festivals, beliefs and of its sophisticated culinary art. Set in a quiet environment, Hoi An is surrounded by peaceful villages that have crafts such as carpentry, bronze making, ceramics and more...

Historians say most of the buildings in Hoi An underwent restoration at the beginning of the 19th century. The classical architecture is most visible in the Ancient Town - Minh An Ward. It covers about 2 square kilometers and it’s like stepping back in time or entering a movie-set. The streets are short and narrow, and ‘crisscross’ chessboard style... The buildings in the old town are built mostly with traditional materials such as brick, wood and limited to two stories only. Having inherited a multi-cultural architecture, so varied & sophisticated, in the past Hoi An must have attracted talented craftsman - experts in carpentry, ceramics & woodcarving.

For centuries, Hoi An has been a ‘melting pot’ of various nationalities bringing their own cultures and styles from throughout Southeast Asia. Today, Hoi An is one of Vietnam’s most multi-cultural cities.

SEE PACKAGES THAT VISIT HOI AN