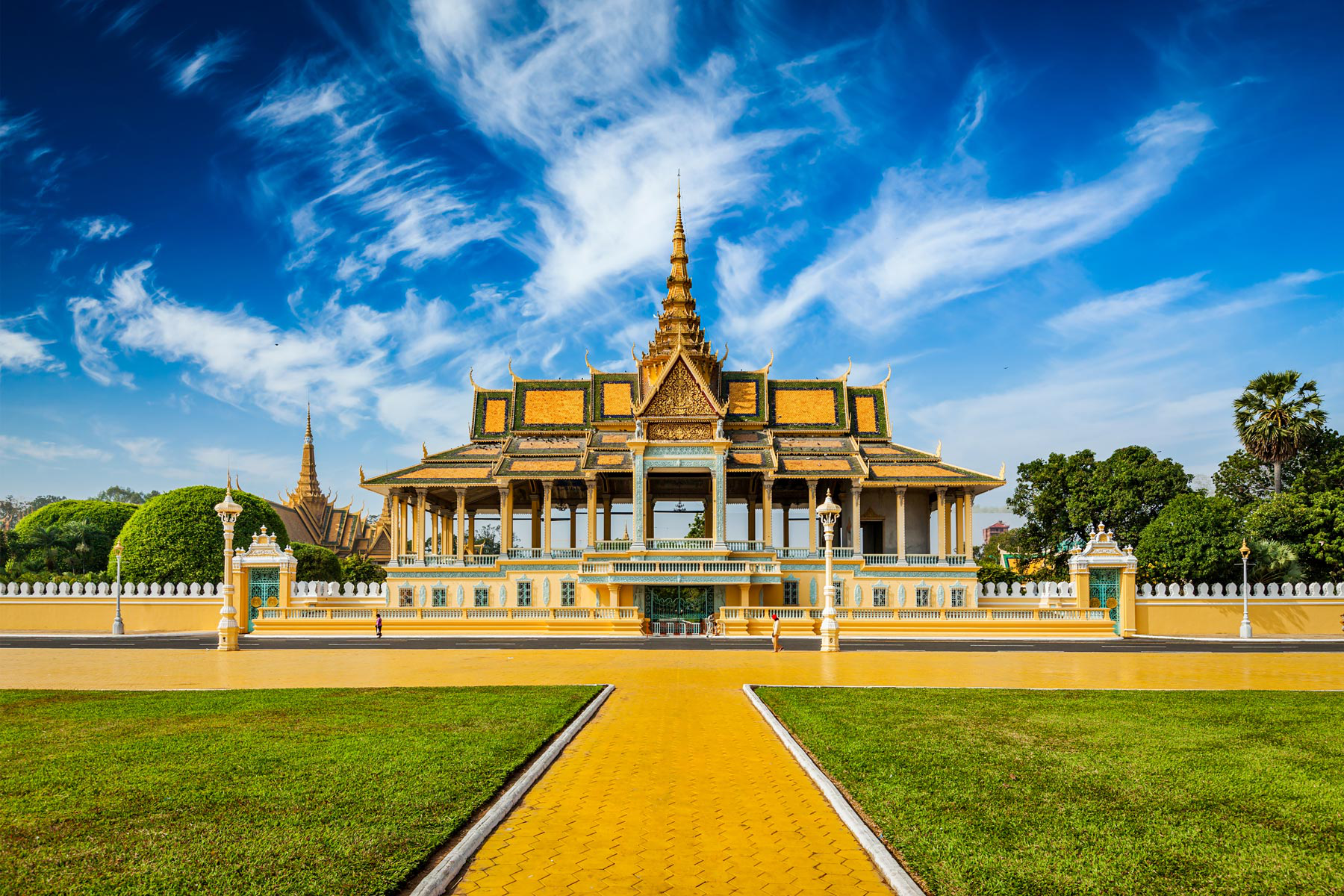 Phnom Penh is the vibrant bustling capital of Cambodia. Situated at the confluence of three rivers: The Mighty Mekong, the Bassac & the Great Tonle Sap, Phnom Penh exudes a provincial charm and tranquility with French colonial mansions and tree-lined boulevards amidst monumental Angkorian architecture. Phnom Penh is multi-cultural compared to most other Asian capitals.

The city takes its name from the re-known Wat Phnom Daun Penh (nowadays Wat Phnom or Hill Temple), which was built in 1373 to house five statues of Buddha on a man-made hill 27 meters high. Phnom Penh was also previously known as Krong Chaktomuk (Chaturmukha) meaning “City of Four Faces”. This name refers to the confluence where the Mekong, Bassac and Tonle Sap rivers cross to form an “X” where the city is situated.

Phnom Penh is also the gateway to an exotic land – the world heritage site, the largest religious complex in the world, the temples of Angkor in the west, the beaches of the southern coast and the ethnic minorities of the northeastern provinces. There are also a wide variety of services include five star hotels and budget guesthouses, fine international dining, sidewalk noodle shops, neighborhood pubs, international nightclubs and plenty of local street markets.

Phnom Penh, like no other Asian city, is in the midst of rapid change. Over recent years the number of restaurants and hotels have grown considerably and in 2013, this city experienced a marked increase in the number of overseas visitors.